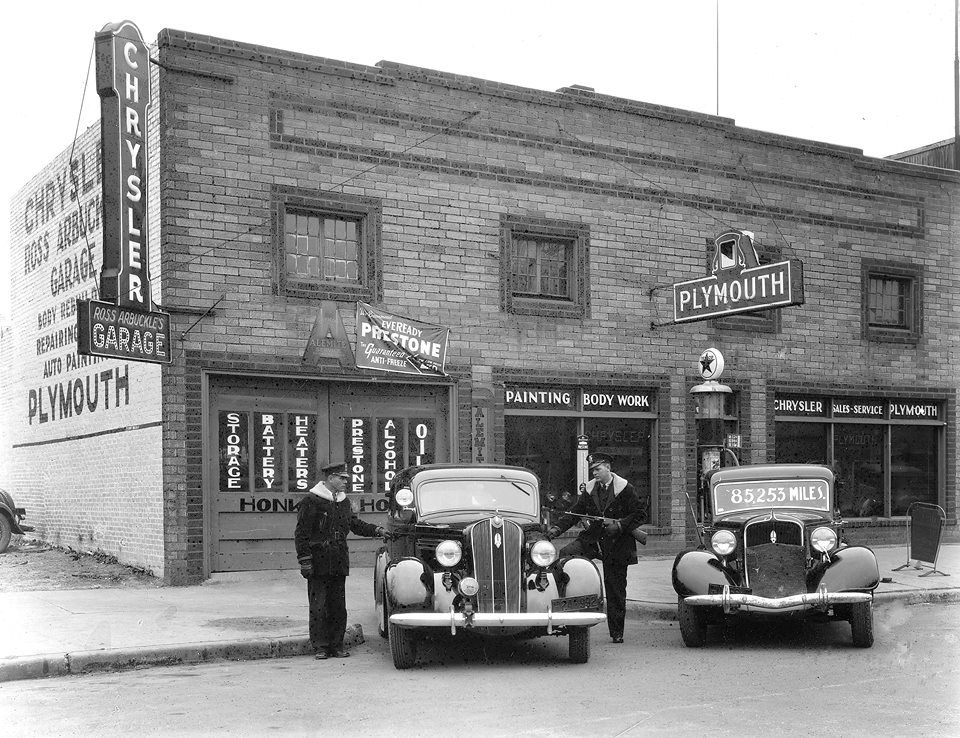 In 1858, the legislature appointed Humboldt, Kansas, as the seat of Allen County. But for political and geographical reasons, county residents expressed large dissatisfaction over this decision. As a result, many of the residents discussed creating a new town with the intention of stealing away the county seat.

In early 1859, a large group of county citizens gathered to discuss plans for the new town. They bought the claims on two quarter sections, which they then had surveyed into lots. People proposed several town names, but votes ultimately decided the name of Iola in tribute of Iola Colborn--the wife of Mr. Josiah F. Colborn who built the first frame-style home in the area and who had owned part of the purchased claims.

In 1859, the town experienced a lot of firsts--the first Iola town residents (Josiah and Iola Colborn), the first birth (Luella Colborn), the first church service, the first two stores, the first hotel and the first post office. A dry goods store, grocery store, clothing store and drug store soon followed in the spring and summer of 1860. But severe drought slowed improvements in late 1860, and when war broke out in 1861, almost every able-bodied man enlisted in the army. War violence and unrest brought improvements to a halt as people struggled to survive.

But when the war ended in 1865 and men returned home, life turned upward again. In May 1865, Iola was finally voted as the Allen County seat. The town improved steadily through 1870 when it was incorporated as a city. But local and national misfortunes stagnated the town for the next twenty-five years until natural gas was discovered in 1895. Growth surged in population and expansion. In just nine years, from 1895 to 1904, Iola exploded from a population of 1,567 to over 11,000.

This rapid growth brought many of the historic homes and buildings that still stand today. The town built a water plant and an electric generation plant. It paved its streets, built schools and increased in prosperity. Over time, however, the natural gas started running out. Industries like the smelters left for richer opportunities.

Since the 1970’s and 1980’s, Iola’s industry has fluctuated. Some of its initial companies have faced decline, while other new companies have entered the community, such as Gates Rubber Company, Tramec LLC and Russell Stover’s.

In 2011, serious floods swept through Southeast Kansas and wiped out Iola’s southern section. This caused a significant decrease in population. As of the 2018 census, Iola’s population sits at 5,312.

Despite changes over the years, Iola remains a town that strives toward improvement. It hosts some of best-maintained downtown buildings of Southeast Kansas, while its elaborate trails system, the Bowlus Fine Arts Center, and community events like Farm City Days work to draw visitors to the area. Iola looks forward to a future with additional improvements and opportunities for its community.

Ongoing support is important to enabling projects to continue their work, so we encourage donors to continue to contribute to projects over time. But if you must cancel your recurring donation, please notify us.